Where do we get our idea of what is right or wrong, good or evil, what is permitted or prohibited? – The jurists’ response is clear: it’s the wording of the law. Yet this does not clarify who determines the meaning of the words. Jan Schröder’s article in the Research section pursues the question of the meaning of the words in the legal and linguistic theory of the early modern period. He shows how the medieval doctrine of imposition, that is, the determination of meaning by means of authority, gives way in the 17th century to the view that the everyday use of language is authoritative and at the same time historically relative.

Not only jurists but also religion played a decisive role in determining notions of right and wrong, permissible and impermissible in European history, a point highlighted by Elizabeth Papp Kamali in her contribution on the legal meaning of intoxication in medieval English law. In this context, she also examines confession handbooks, which, for obvious reasons, dealt at length with excessive alcohol consumption and its consequences. The significance of religion for the law is particularly evident in Erk Volkmar Heyen’s contribution in the Marginalia section in which he takes up the configuration of justice in light of the political Marian piety in the early 16th century. The second of the Marginalia also deals with the visualisation of law, this time in the medium of film and architecture. Daniel Damler analyses how the permanent state of emergency in Batman’s hometown is portrayed. Gotham City is nowhere and everywhere, dark, towering and harsh – a message also conveyed in the Batman films, which have been seen by over a billion people worldwide and reflect more than other sources our conceptions of just and unjust. The accompanying images of New York taken in 1992, 2017 and 2019 by Otto Danwerth – some of which have been displayed in galleries – take up the often dark visual imagery of Gotham City.

While the Max Planck Institute is directly involved in the LOEWE-funded project »Architectures of Order«, our research interests consist of much more than just the interplay of architecture and law. We also work on the classic topics of legal history. This fact is demonstrated by the report of the editors of the four-volume »Handbuch zur Geschichte der Konfliktlösung in Europa« (Handbook on the history of conflict resolution in Europe), coordinated by the series editor, David von Mayenburg. It is probably the most visible result of the likewise LOEWE-funded research focus »Extrajudicial and Judicial Conflict Resolution«, launched in 2014 and initiated by both the Goethe University and the Max Planck Institute.

Both Foci as well stem from research carried out at the Institute. Karl Härter and Valeria Vegh Weis have collected contributions on the transnational history of criminal law, with an emphasis on Latin America. This collection highlights, among other things, the role played by Latin American actors in the development of transnational discourses, processes of institutionalisation and international treaties. The second Focus contribution deals with the history of labour law, which has been a subject of research here at the Institute for a number of years in the context of the History of Labour Law initiative carried out by Gerd Bender, Peter Collin and Thorsten Keiser. One contribution in this Focus provides information about a digital source edition project – under the direction of Peter Collin – carried out by Johanna Wolf and two doctoral students, Tim-Niklas Vesper and Matthias Ebbertz. It is part of the project »Non-state law of the economy«, which examines the industrial relationships in the metal industry from the German Empire to the early years of the Federal Republic of Germany.

The number and importance of digital source editions continue to grow year by year, so much so that they now make up a larger portion of our Critique section. One review offers a detailed assessment of a source collection devoted to Portuguese legal history, and another treats the website Slavery, Law & Power in the British Empire and Early America (SLP). And once again, the Critique section, consisting of 45 reviews, reflects the thematic and linguistic diversity of legal historical research: from the Code of Hammurabi to the European Banking Union and its history. 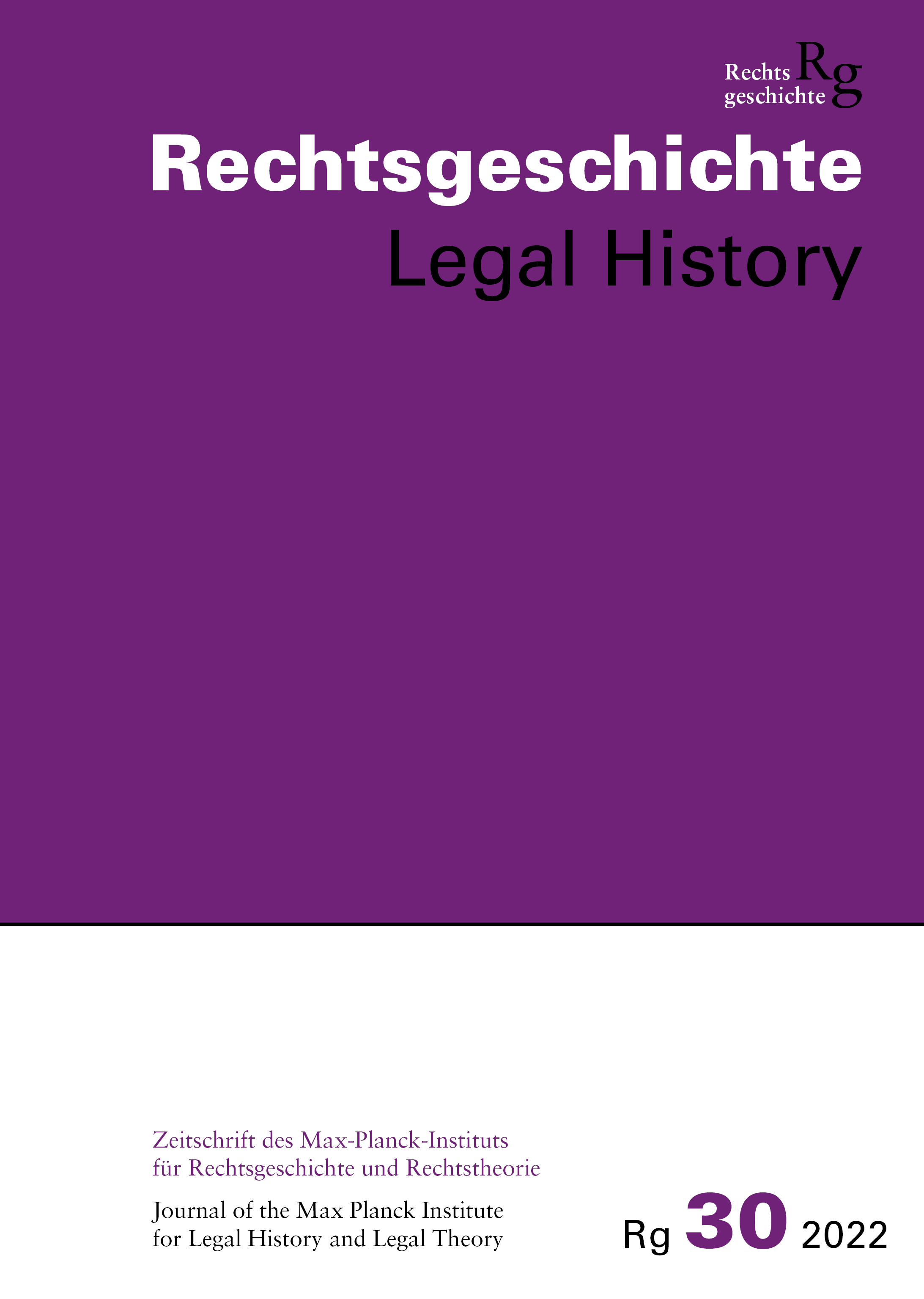